The Ghost in the Gatehouse- a work in progress 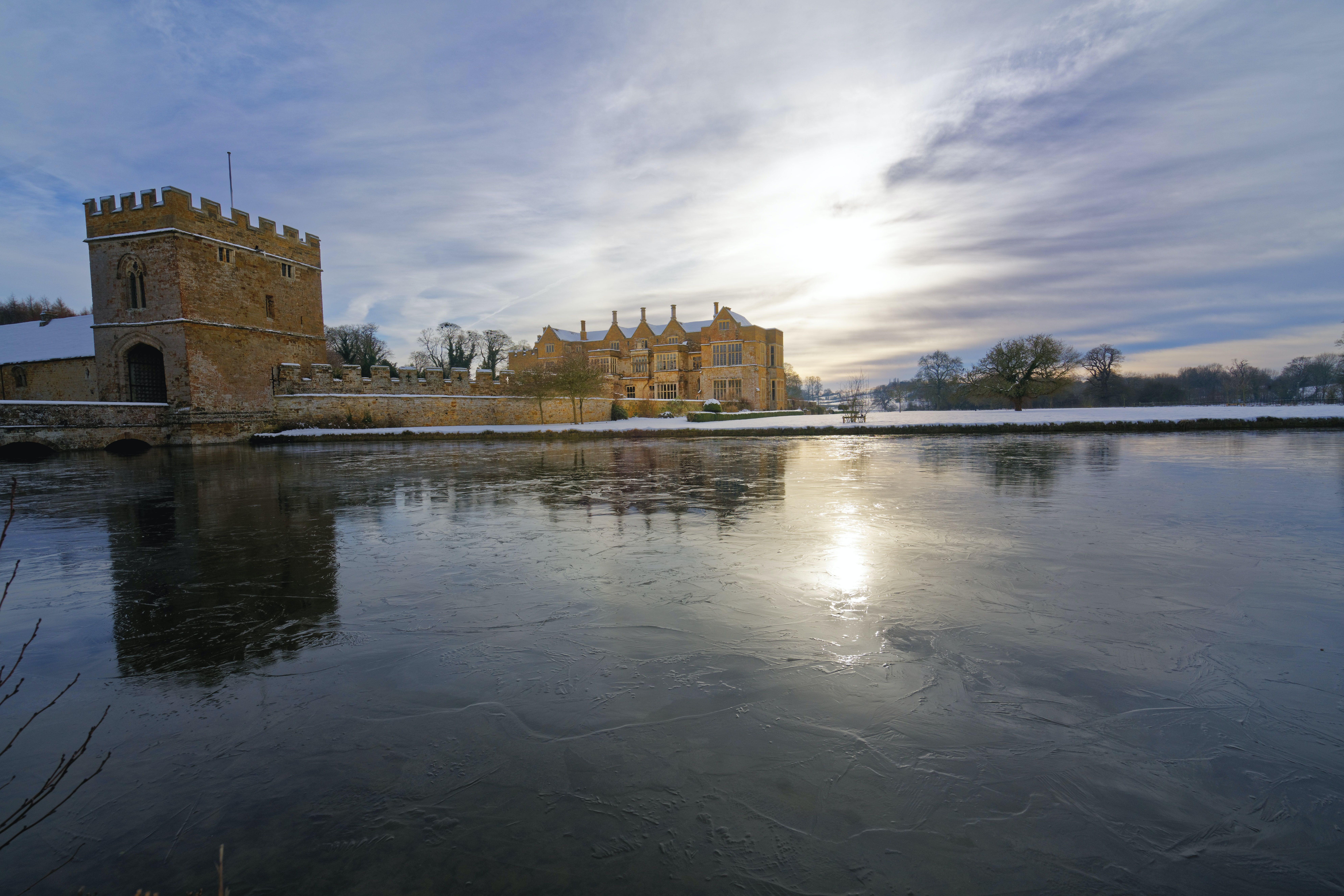 Fifteen-year-old Ashley Devalais is looking forward to her first dating-age summer. Her father has told her there’s a family curse and no guy would ever ask her out, or fall in love with her. Of course, there’s no such thing as a curse, or is there? Her parents send her to the family’s historic New Hampshire homestead for the summer, to meet her single aunt and to see the curse in action.

Memorial Day weekend. It’s supposed to set the mood for summer vacation. Just two weeks left before school lets out. Alice and I went tubing on the river with her boyfriend Peter and his super cute friend Tyler. Tyler barely even talked to me the whole day. That night at dinner, my parents knew exactly how to make my expectations for summer even worse.

“How was your day at the river with Alice?” asked my dad.

“You mean the double date that wasn’t? Tyler totally ignored me and it sucked.”

“I’m sorry, Ashely,” said my dad. “I’ve been telling you about the curse since you were ten. I know it isn’t easy being a Devalais woman, but I’ve tried to prepare you.”

“There’s no such thing as a curse! You know it, I know it, the whole world knows it!”

“I didn’t believe your father either when he explained to me what might happen to any daughters I have,” said my mom. “Then I met your dad’s sister Millicent and your dad’s two aunts, Margaret and Josephine. They were all single. They’d all known the pain of being rejected by the men they felt they were supposed to be with. They tried to ignore and even deny the curse, but in the end, they had to accept it.”

“Stop! Both of you! You’re just making excuses for Tyler and every other guy who hates me!” I slammed my chair back from the table with my legs so hard it fell backward. I left my dinner half-eaten and ran to my room in tears. I fell face first onto my pillow.

A couple minutes later my mom knocked on the door and opened it.

“I wish I could, but then I wouldn’t be a good mother.” She sat on the bed next to me and tried to stroke my hair.

I pulled away and sat on my desk chair. She stayed on the bed. I could see that she was crying, too, but I was only thinking about me, about my pain.

“Your dad and I had a talk while you were at the river with your friends. You’re fifteen now. You should be meeting boys, learning about relationships. You should be learning how guys and girls are supposed to interact. I’m not saying the curse isn’t real, only that I understand how frustrated you are.

“School ends in two weeks. You haven’t seen your cousin Katie since you were eight and she was nine. You’ve never been to the family homestead in New Hampshire, and never met Aunt Millicent. We made plans for you to visit for the summer. Katie has her driver’s license and her own car. The whole clan is excited to have you come.”

I just sat for a minute. This would destroy any chance I had of meeting anybody. Alice and I had a summer of fun planned. Next year we would have to get jobs to start saving for college. Now, we would be stuck thousands of miles apart.

Then I stormed back out to the dining room. “What?! New Hampshire? Are you serious?”

“Punkin, you’ve spent your whole life in Iowa,” said my dad. “Except for a couple trips to Gramma Devalais’ in Phoenix, you’ve never been farther from home than Omaha, and there’s a whole world out there for you to experience.”

“I won’t go. You can’t make me.” I stomped out the front door. I stood on the sidewalk. I wanted to run, but I had nowhere to go. I called Alice and ranted at her in the way you can only do with your BFF.

Alice was just as mad as I was. “This really stinks.”

And that was it. The end of my life. Alice’s boyfriend Peter had a cute friend named Tyler and we had planned to hang all summer. That would give me time to break through to Tyler. But now, by the time I got back, Tyler would be dating someone else. And Eastford? Is that even a place? Whoever even heard of Eastford, New Hampshire?

The next day at lunch, Alice said, “I was thinking. You should keep a journal this summer. That way you can tell me about everything. There better be a boy.”

“You’re okay with me leaving?” Great. Now my best friend was against me. Is there any justice in the world?

“Well, no, but you might as well take advantage of it. It’s going to be an adventure. You get to fly and everything. You are flying, right? Your dad isn’t putting you on a bus alone all that way?”

There was that. Alice was stuck in Halsey. With our parents all being Iowa State alumni, we would both be expected to go there, like my brother Bryan. That meant we wouldn’t even get to live in the dorms. It was commuting distance.

Maybe Eastford was bigger that Halsey. It couldn’t possibly be smaller. At least that’s what I thought until we got home and Alice ran Google Street View. A stop sign, a library, a post office, and a couple churches. Really? You can’t even call that a town!

We made a compact. Every minute we weren’t in school for the next two weeks we would be together. Maybe I could get enough time with Tyler to connect. So, we made the best of it. Sleepovers and dinners. On Saturday we went to the movies with Peter and Tyler.

Tyler didn’t even care that I existed. It was like I was invisible, or had bad breath or something. I even tried holding his hand once. He just pulled it away.

Mom couldn’t tell me why. Dad always joked about the Devalais family curse. He said it made him sad knowing I would never find love.

There was some truth about it, though. Dad claimed Aunt Millie was 37 and had never been on a date. His two aunts, Margaret and Josephine, died spinsters, and their Aunt Anna before them. Not something a fifteen-year-old girl wants to hear, that no guy ever, ever will ever want to go out with you. Ever.

Alice slept over the last Friday night before my flight so she could go to the airport with me. We had to be in Des Moines at like o-dark hundred, and it was a drive from Halsey.

“What about your nose?”

“Is that why Tyler doesn’t like me? It’s not my eyes, right? You can get a nose job, but I don’t think they can fix your eyes.”

“Stop that. You’re the prettiest girl in the whole school. Last year you were voted queen of the middle school cotillion.”

“And Billy Wilson only danced the one mandatory dance as the royal couple with me. Then he went off asking every other girl there.”

“Okay. I get it. But it’s not like you’re a mean girl or anything. And you certainly aren’t ugly. Maybe your dad is right. Maybe you’re cursed.”

“What kind of curse keeps the girls in my family from finding a boyfriend?”

“Well, while you’re in New Hampshire, maybe you can find out. I mean they have lots of witches and stuff there, right?”

She was joking, of course, but maybe Alice had a point. My dad is from New England. Salem, the one place in the world where you can find more witches than anywhere is only a short drive away. If there is a curse, then at least it would mean it’s not really my fault.

The next thing we knew, it was Saturday. We were in the car at 4 AM. How crazy is that. When we got to the airport, my dad lied and said that Alice was my sister, so we all got to hang out at the gate. Alice and I had stayed up the whole night, but neither of us was sleepy. There was too much going on. I was actually going to fly. Somehow, I was excited about leaving my BFF for the summer.

I gave everybody one last hug, then onto the plane at 6:45. It was worse than opening night at a Star Wars movie. Stand in line. Shuffle along while people load their stuff in the overhead. Dad booked me in business class, though, so it wasn’t so bad. I sat in 3-A, put my computer bag on the floor in front of me, and watched the people getting on. Nobody was having fun.

Finally, everyone was buckled in and we left the gate. I watched the runway sliding by as we took off, then watched as the ground fell away below us. The plane shook and vibrated like it was going to come apart at any minute. My gut tightened and my heart began to pound in my chest.

I started whispering to myself, “It’s an adventure,” over and over again. Alice would have called it a mantra. I don’t know what a mantra is, but it kept me from screaming in terror.

Once we leveled out, it was actually pretty cool. There was an older lady named Bea in 3-B going to Pennsylvania to pick up her grandkids for a six-week stay. She had pictures in her purse that she shared with me, and I opened the gallery on my phone to show her my folks and Alice.

She had a picture of her dog, Mugsy. I told her my cat Tweek refuses to stay still long enough to get a clear shot. I did have a couple fuzzy pictures of her running from wherever to wherever. Bea suggested that a black cat that was that active during the day was probably a witch in disguise. In the back of my mind, I registered another witch reference. Alice would have said it was an omen. I tried to convince myself it was just a coincidence. Alice doesn’t believe in coincidences. She says everything happens for a reason.

I had to lay over in Philadelphia at lunch time. We barely got in the air and were down again in Worchester, Massachusetts. Mom said it’s pronounced “Wooster”, like it rhymes with rooster. Mom is from Iowa, and she always picks on Dad about “paahk the caah on the conner and go in the baah for a beeah”, so I thought she was joking, but that’s actually how the pilot said it as we were landing.